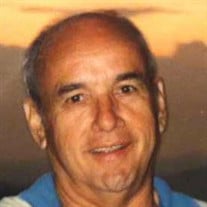 Lt Colonel David Edward Hagler, US Army Retired made his final departure on February 22, 2019 at 12:02 PM. He is survived by his loving wife of 63 years, Jacquelin Bartlett Hagler of the home; and four caring daughters and their families, Cynthia Antonopoulos and husband, Jimmy, of Matthews, Darlene Hagler of Little Switzerland, Laurie Manning and husband, Richard, of Ft. Lauderdale, and Melanie Hagler Blount and husband, Steve, of Spencer; and four grandchildren, Kyle, Kaitlyn, and Kelly Manning, and Alexis Antonopoulos; sisters, Frances Mullis and Jenny Mullis; and numerous nieces and nephews. He was preceded in death by his parents, D. Frank and Leona Long Hagler; brother, Alfred John; and sister, Mary Ellen Hagler Dimiceli. Colonel Hagler was born in 1933 on a farm near Mint Hill, NC (now Ashe Plantation), the son of D. Frank and Leona Long Hagler. He was in the first class to graduate from East Mecklenburg High School. He attended NC State University in Raleigh and graduated from Troy State University in Alabama with a Master’s in Education. In 1956 he married the former Jacquelin Bartlett of Mint Hill. Colonel Hagler joined the US Army after graduating from high school. Following over 20 years of active military service, Colonel Hagler retired as a highly decorated combat veteran. His decorations included the Legion of Merit, Distinguished Flying Cross, Bronze Star Medal, numerous Air Medals, and the Vietnam Honor Medal. He was a Senior Army Aviator qualified in airplanes and helicopters with over a thousand hours of combat flying time. He completed a tour of duty in Germany with the 8th and 10th Inf Divisions and two tours of duty in Vietnam, first as an aviation advisor in 1962, and in 1967 commanded the 190th Assault Helicopter Company from activation at Ft Cambell, KY into Vietnam. In 1968 he became Operations Officer of the 145th Combat Aviation Battalion which included the 190th, and five other helicopter companies. Other noteworthy assignments included pioneer testing of armed helicopters at Ft Stewart, GA and extensive involvement in helicopter training at Ft Rucker, AL. Following his retirement from military service he became a teacher in the public school system in Enterprise, AL where he and his family resided for many years. He was an assistant principal at Coppinville Jr High School and later at Enterprise High School. He was President of the Enterprise Lions Club and Enterprise Education Association. He also served in various community activities and was Youth Leader, Deacon and Elder at Greenhill Presbyterian Church. After retirement from the public school system, he and wife, Jacquelin returned to Mint Hill and their mountain home in Little Switzerland, NC and traveled extensively in the United States and abroad. Friends are cordially invited to a visitation with the family from one-thirty until three o’clock in the afternoon on Thursday, February 28, 2019, at McEwen Funeral Service-Mint Hill Chapel, 7428 Matthews-Mint Hill Road in Mint Hill. A service to celebrate the life of Colonel Hagler will immediately follow at three o’clock in the funeral home chapel. Condolences may be offered at www.mcewenminthillchapel.com. This obituary is courtesy of Webb Funeral Home.

Lt Colonel David Edward Hagler, US Army Retired made his final departure on February 22, 2019 at 12:02 PM. He is survived by his loving wife of 63 years, Jacquelin Bartlett Hagler of the home; and four caring daughters and their families, Cynthia... View Obituary & Service Information

The family of Lt. David E. Hagler created this Life Tributes page to make it easy to share your memories.

Send flowers to the Hagler family.