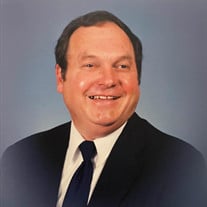 James A. Phillips Sr. (Jim) of 407 Lakeview Nursery Lane, Spruce Pine, became absent from his body and present with the Lord, Saturday June 5, 2021. Jim was born on March 1, 1938 to the late John M. Phillips and Willie Mae Huskins Phillips. He was also preceded in death by his beloved high school sweetheart and wife of 59 years Rita Ledford Phillips, who passed away in 2017. Those who remain to carry on his legacy include, John M Phillips and wife, Portia of Asheville, Darla Phillips Harding and husband, Jeff of Spruce Pine, Darci Phillips Buchanan and husband, Karl of Charleston, SC and James A Phillips, Jr. and wife, Sandy of Spruce Pine. Fifteen grandchildren and seventeen great grandchildren to date, will continue to carry the legacy. He was the oldest child of his family. His brothers, Thomas Henry Phillips and Jerry Wayne Phillips both of Spruce Pine are left to cherish his memory together with many incredibly special cousins, nieces and nephews and great nieces and nephews. His children will testify that he never missed an event they were involved in, no matter how busy he was. Jim graduated from Harris High School with the class of 1956 and graduated from NC State University in 1962. Upon graduation from NC State, Jim, Rita and Willie Mae started a vegetable growing operation which would later become known as Lakeview Nursery and Garden Center in Spruce Pine and continues to remain in operation today by the third generation. Beloved by the community, Jim served the people in many capacities. He served the Town of Spruce Pine on the town council during the late 60’s as the youngest council member to ever serve, served as a volunteer fireman and retired after thirty years of faithful service, always volunteered to work with county youth activities as a coach and mentor, worked tirelessly with the school’s booster clubs and served as President of the “Build It” campaign to build the current Mitchell High School football stadium. Jim was a faithful member of First Baptist Church, Spruce Pine where he served as director of the youth department for many years, as well as deacon and chairman of the deacons. As a survivor of more than a couple of traumatic injuries, he was an overcomer and persevered through grueling rehabilitations to live a life to serve others and his family in any way possible. He attended every event he could, whether athletic, musical, dance or drama if it involved one of the grandchildren or great grandchildren. He accompanied one of his grandsons on a mission trip to Guatemala with “Hearts with Hands” where his big heart became bigger, delivered Meals on Wheels as long as he was able and always had a listening ear to hear of any opportunity or need that he might meet. He made everyone feel like family and made calls daily to check on those he loved. His absence will be greatly felt. A celebration of life service will be held Tuesday, June 8th at 7:00 PM with visitation from 4:45 PM until the service hour at First Baptist Church of Spruce Pine. In lieu of flowers, memorial donations may be made to; Hospice and Palliative Care of the Blue Ridge, 236 Hospital Drive, Spruce Pine, NC 28777. Words of comfort may be e-mailed to the family by going to our website; www.webbfh.com, selecting Jim Phillips’ name and then you may sign his guestbook. Webb Funeral Home has been entrusted with the arrangements for Mr. Phillips and is honored to be serving the Phillips family. Mr. Phillips obituary has also been posted on Facebook for viewing. ~~~~~~~~~~~~~~~~~~~~~~~~~~~~~~~~~~~~~~~~~~~~~~~~~~~~~~~~~~~~~~~~~~~~~~~~~~ PLEASE MAKE DONATIONS TO: Hospice & Palliative Care of the Blue Ridge 236 Hospital Drive Spruce Pine, NC 28777 www.hospiceblueridge.com ~~~~~~~~~~~~~~~~~~~~~~~~~~~~~~~~~~~~~~~~~~~~~~~~~~~~~~~~~~~~~~~~~~~~~~~~~~

The family of James A. 'Jim' Phillips, Sr. created this Life Tributes page to make it easy to share your memories.

Send flowers to the Phillips, family.