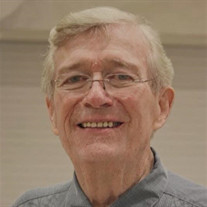 Jerry Robert Russell, age 79, of Swiss Pine Lake Drive in Spruce Pine died Saturday, September 7, 2019 at his home surrounded by loved ones. Born on April 24, 1940 in Los Angeles, California, he was the son of the late Joseph Lawrence and Alice Patricia Egan Russell. Left to cherish his memories are his wife of thirty-one years, Suzanne Ballew Russell also of Spruce Pine; his daughters Kimberly Young Russell of Burbank CA., Blythe Schafer Palamara and husband, Jim of Houston TX, and Brandi Wilson Mull and husband, Shawn of Morganton NC.; his sons Scott Russell and wife, Marika of Lancaster, CA and Chris Wilson of Asheville, NC. In addition to his children, Jerry is survived by 10 grandchildren: Zachary Duran-Russell, Samantha Russell Oklesson and husband, Dustin, Matilda Russell Wolfe and husband, Zane, Craig Joseph Young, Max Young, Julia Palamara, Preston Palamara, Cassidy Mull, Claire Mull and Serena Wilson. Along with these beautiful grandchildren, Jerry was blessed to enjoy his first great-granddaughter, Emma Marie Oklesson. Jerry is also survived by brothers Edmund Russell and wife, Shirley and Ronald Russell and wife, Valeta. He will also be forever remembered by his nieces and nephews, extended family and dear friends. Jerry served proudly in the United States Navy from 1957-1961 at the beginning of the Vietnam era as an engineer on a submarine tender. A few years after leaving the Navy Jerry joined Active Sales Company, a five-person firm located in downtown Los Angeles. Active distributed stapling and nailing machines and fasteners to the shoe making, window display and packaging industries. When pneumatic stapling and nailing tools were developed, Active expanded into the woodworking and furniture industry. Jerry was very successful in developing this business for Active and was offered an ownership position. In addition to managing major accounts, Jerry was instrumental in developing a line of tools and fasteners for joining mitered corners in high production picture frame factories. He was responsible for developing a micro corrugated fastener, flexible fitting tabs and V nails and the tools to drive them. He started a division at Active named Frame Fastening Systems and headed it up until his retirement. At that time it was Active’s most important product line. During his career Jerry became known throughout the picture frame industry in the U.S. as the “go to guy” for joining mitered corners. His gentlemanly demeanor, integrity and knowledge were admired by all that came in contact with him. Jerry loved his family, loved traveling and was an avid fan of boating and golf. He was a member of the Huntington Harbor Yacht Club, the Sea Gate Yacht Club, and The Mickey Mouse Golf Club in California. He loved to cook for his family and entertain grandchildren with pajama parties and homemade popcorn. The family respectfully requests the honor of your presence at the Gravesite Service on Saturday, September 21, 2019 at 11:30 am at the Grassy Creek Memorial Gardens with Rev. Larry Greene officiating. Following the service will be a time to support the family, receive friends and share memories at the Chalet in Little Switzerland from 1-3PM. The family would like to thank Hospice and Palliative Care of the Blue Ridge, especially Cynthia Wilson and Mike Collis. A special thanks also to his caregivers: Margaret Renfro, Faye Burnette, Lexy Fischer and Louise McClellan for the wonderful care given Jerry during his illness. Thank you all and God Bless. In lieu of flowers the family requests that memorial donations be made to: Hospice and Palliative Care of the Blue Ridge, 236 Hospital Drive, Spruce Pine, NC 28777 Words of comfort may be e-mailed to the family by going to our website; www.webbfh.com., selecting Jerry Russell’s name and then you may sign his guestbook. Webb Funeral Home is honored to be serving the Russell family. Jerry’s obituary has also been posted on Facebook for viewing. ~ ~ ~ ~ ~ ~ ~ ~ ~ ~ ~ ~ ~ ~ ~ ~ ~ ~ ~ ~ ~ ~ ~ ~ ~ ~ ~ ~ ~ ~ ~ ~ ~ ~ ~ ~ ~ ~ ~ ~ ~ ~ ~ ~ ~ ~ ~ ~ ~ ~ ~ ~ ~ ~ ~ ~ ~ ~ ~ ~ ~ ~ ~ ~ ~ ~ ~ ~ ~ ~ ~ ~ ~ ~ ~ ~ ~ ~ ~ ~ ~ ~ ~ ~ ~ ~ LOCATION OF CEMETERY: Hwy 226 & Hall Town Road: Leaving Spruce Pine, going toward Little Switzerland. At the red light on Grassy Creek (Wal-Mart entrance), turn left, then immediately turn right, as you do, Burger King is on your right. Go approximately 1/4 mile. The Grassy Creek Memorial Cemetery is on the left.

Jerry Robert Russell, age 79, of Swiss Pine Lake Drive in Spruce Pine died Saturday, September 7, 2019 at his home surrounded by loved ones. Born on April 24, 1940 in Los Angeles, California, he was the son of the late Joseph Lawrence and Alice... View Obituary & Service Information

The family of Jerry Russell created this Life Tributes page to make it easy to share your memories.

Send flowers to the Russell family.