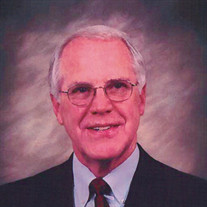 “Come to the mountains!” was the invitation John Wellborn issued to anyone he happened to meet in the flatlands. A constant champion of Spruce Pine, John was eager to tell people how to find the town on a map. John grew up in retail spending his afternoons and weekends working alongside his father, J.M. Wellborn, at the family’s general store. He lived on Walnut Street with his parents, J.M. and Rebecca, and sister, Joyce. His older brother, J.M. Jr., served in World War II during John’s early years. After earning an Associate’s Degree at Lees McCrae College, John joined the Army and served two years in Germany. John took over his father’s business in 1957 and renamed it Wellborn’s. During his 60 years at the helm, he narrowed its focus to men’s clothing and shoes and expanded its footprint. He eventually purchased McCall’s, the family business next door. John knew when you look good, you feel good and tried to impart that to his customers. His success in the clothing business led him to be named Western North Carolina’s Retailer of the Year in 1993. Retail not only provided a career for John, it also introduced him to his bride. Scottie Proffitt caught John’s eye while she was shopping for a dress. Always tenacious, John called Scottie three times before she agreed to their first date. They were married in 1961 and had a daughter, Rebecca, in 1969. For 57 years, they built a life together in Spruce Pine until their move to Charlotte in 2018. John loved Spruce Pine and its people. His passion for the town coupled with his sound judgment made him a valued advisor. While a resident, he served on many boards and held leadership positions in multiple civic organizations and in his church, Central Baptist. Always the consummate gentleman, John greeted everyone with a firm handshake, a warm smile, and a kind word. He appreciated a good day’s work whether it was growing Christmas trees, doing yardwork, or gardening. John was known as a fast driver and was on a first name basis with many policemen in the area. As the father and grandfather of dancers, he attended no less than 29 dance recitals in his life and at least 16 ballets. A doting grandfather, he loved reading to his grandchildren when they were young and closely followed their interests and activities as they grew older. John and Scottie enjoyed long walks in the woods, camping in their RV, and biking on the Virginia Creeper Trail. John loved to travel and see the world. He and Scottie enjoyed trips in the U.S. and abroad. Despite the many countries he visited and wonders he saw, he was always ready to return to his beloved Spruce Pine. And if you happened to see him on his travels, he would always invite you to “Come to the mountains.” Spruce Pine’s native son, John Howard Wellborn, died holding his daughter’s hand on June 18, 2020. He is survived by his wife of 58 years, Scottie Proffitt Wellborn; his sister, Joyce Wellborn Cox; his daughter, Rebecca Wellborn Grant; Rebecca’s husband Jay; and his grandchildren, Julia and Bo. The family of John Wellborn will receive friends at a drive through visitation August 7, 2020 from 12:30-2:30 at Webb Funeral Home. All visitors are asked to remain in their vehicles. The service will be private. In lieu of flowers, the family would appreciate donations to Spruce Pine Main Street, 165 Locust Street, Spruce Pine, NC 28777; Central Baptist Church, 431 Oak Ave, Spruce Pine, NC 28777; Aldersgate Hero Fund, 3800 Shamrock Drive, Charlotte, NC 28215 or the John Wellborn Scholarship Fund at Mayland Community College, 200 Mayland Drive, Spruce Pine, NC 28777. Words of comfort may be e-mailed to the family by going to our website; www.webbfh.com., selecting John Wellborn’s name and then you may sign his guestbook. Webb Funeral Home is honored to be serving the Wellborn family. Mr. Wellborn’s obituary has also been posted on Facebook for viewing.

&#8220;Come to the mountains!&#8221; was the invitation John Wellborn issued to anyone he happened to meet in the flatlands. A constant champion of Spruce Pine, John was eager to tell people how to find the town on a map. John grew up in... View Obituary & Service Information

The family of John Wellborn created this Life Tributes page to make it easy to share your memories.

“Come to the mountains!” was the invitation John Wellborn issued...

Send flowers to the Wellborn family.