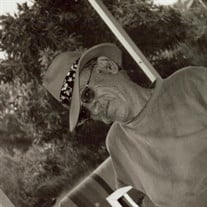 Marvin Douglas Wiseman, age 82, passed away Monday, February 14, 2022 at his home. He wanted everyone to know that even though he died peacefully, he wasn’t done with the list of projects he always had going so there may have been some kicking and screaming. Douglas was born on June 19, 1939, in Bakersville to Ray and Edna Wiseman. He is survived by his wife; Sue, his sons; David and wife, Kari and Eric and wife, Stephanie; his sisters; Gayle and husband, Bob and Sharon and husband, Kenny; his brother; Charles and wife, Sand, six grandchildren, fourteen great grandchildren, and one great great grandchild. He attended Harris High school and was a graduate of the infamous class of 1957. He also attended Gardner Webb University and Berea Collage; but, it was decided by both schools that they would be better off without him. After spending some time in Thule Greenland working on satellite tracking stations, he returned to Spruce Pine and he eventually joined his father at Wiseman Mining, an olivine processing plant in Yancey County that eventually became part of IMC. After many years in the mining industry, he moved to south Florida where he worked in the construction and exporting fields. He had numerous interests including remodeling, relandscaping, refinishing, rebuilding, rewiring, redoing all the things he had redone, while making lots of trips to the hardware store. He also enjoyed the times spent visiting special friends in the Abaco Bahamas. He was a great collector of friends and many stories to go with them. He had an uncanny ability to make a friend wherever he went and they became one of his most treasured collections. His parting advice to you would be to start your own collection, to have a friend is worth more than gold. Everyone who remembers him is asked to celebrate his life in their own way. Telling a story of their own choosing. A good cold beverage of your choice should be a part of your celebration. In lieu of flowers, Douglas would hope that you will do and unexpected act of kindness for someone less fortunate. Douglas is shining and living the dancing life in heaven rest in peace my love and our friend. A celebration of life will be held at a later date.

Marvin Douglas Wiseman, age 82, passed away Monday, February 14, 2022 at his home. He wanted everyone to know that even though he died peacefully, he wasn&#8217;t done with the list of projects he always had going so there may have been some... View Obituary & Service Information

The family of Marvin Douglas Wiseman created this Life Tributes page to make it easy to share your memories.

Send flowers to the Wiseman family.