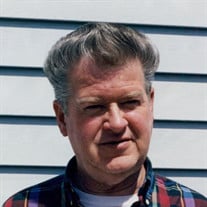 Norris McKinney, age 84, of Humpback Road in Spruce Pine passed away on Friday, June 11, 2021 at his home. Born on February 18, 1934 in Mitchell County, he was the son of the late Brack and Decima Meredith McKinney. In addition to his parents, he was preceded in death by his wife, Linda Woodard McKinney who passed away in December of 2020. Also preceding him in death was a sister, Vivian Johnson. Norris was a member of the Estatoe Church of God where he served as a deacon and church treasurer. He was a 1956 graduate of Harris High School. He was a highly skilled welder and he could fix anything. He loved and was dedicated to his family. He loved his family and was particularly fond of his grandchildren. Mr. McKinney was a very talented man in engineering and design. He worked for the Florida Department of Agriculture in the experimental station where he designed unique a plant watering system that is still being used today. He also did prop design for the movie “Winter People “which was filmed at Plumtree, NC., particularly the bear and the clock. Left to cherish his memories are his daughter; Shelia Scruggs and husband, Jay of Sweetwater, TN; his son; Harold McKinney and wife, Melissa of Spruce Pine; his grandchildren; Christa, Shelley, Kelly, Matthew, Caitlin, Chloe, Clarissa, Chase, Gage, and Logun; his great grandchildren; Stanley, Valerie, Zackary, Sheryl, Shawn, Sarah, and Riley; his brothers; Wayne McKinney and wife, Juanita of Spruce Pine and Wade McKinney and wife, Pam of Marion; his sister; Gladys Saxon of Spruce Pine; several nieces and nephews. Graveside services and burial will be held on Wednesday, June 16, 2021 at 4:00 PM at the Estatoe Church of God Cemetery. Words of comfort may be e-mailed to the family by going to our website; www.webbfh.com, selecting Norris McKinney’s name and then you may sign his guestbook. Webb Funeral Home has been entrusted with the arrangements for Mr. McKinney and is honored to be serving the McKinney family. Mr. McKinney’s obituary has also been posted on Facebook for viewing.

Norris McKinney, age 84, of Humpback Road in Spruce Pine passed away on Friday, June 11, 2021 at his home. Born on February 18, 1934 in Mitchell County, he was the son of the late Brack and Decima Meredith McKinney. In addition to his parents,... View Obituary & Service Information

The family of Norris McKinney created this Life Tributes page to make it easy to share your memories.

Send flowers to the McKinney family.