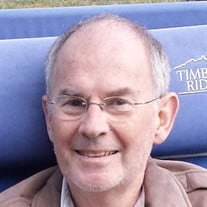 Charles Patrick Medley, known as “Pat” to family and friends, passed away on August 31, 2018, at the age of 74. He is survived by his wife of 53 years, Carol Perkins Medley; his daughters Lori Swanberg (Tom) of Weaverville, NC, and Christy Medley (Hermann) of Austin, TX; his son Brian Medley (Daphne) of Louisville, KY; and grandchildren Boone Swanberg (Joy), Josey Swanberg, Raney Swanberg, Olivia Medley, Emmey Swanberg, Joseph Medley, and Mila Alexander. He is also survived by his sister, Mary Lou Medley, and his brother, Mike Medley. Born to Roy and Laurene Medley in Hardin County, KY, Pat married Carol in 1964 and moved to Norfolk, VA, to begin what would become a 50-year career with Rose’s Stores, Inc. After Norfolk, Pat moved with Roses to Somerset, KY; Andalusia, AL; Dunn, NC; Shelby, NC (where he first managed a store); Eden, NC; Shelbyville, KY; and Morehead, KY. It was in 1990 that he was transferred to Spruce Pine to manage the Roses located in Spruce Pine Commons shopping center. After the store closed in 2000, he managed the Burnsville Roses until he retired in 2012. Conscientious and dedicated, he was liked and respected by the Roses employees he worked with, many of whom he maintained friendships with until his death. Pat’s interests included tinkering with his vehicles at home, most notably over the years, his Norton Commando, which he and Carol used to take for rides through the mountains; his 1977 customized Chevy Van, which still runs like a champ; and his 1992 Jeep Wrangler, which got him to work regardless of the weather. Pat also loved music, especially bluegrass, prompting him and Carol to regularly attend shows throughout the region; in fact, to this day they are MerleFest season ticket holders. And Pat was a big sports fan, particularly of basketball, his favorite teams being the Carolina Tar Heels and the Kentucky Wildcats (not necessarily in that order). Lastly, Pat was the best kind of husband, father, and man. In his day-to-day life, he demonstrated honesty, an unmatched work ethic, and a devotion to his faith. Naturally, he loved his family. More importantly, he took care of his family by his example. That is, he provided his kids with a model of how to embrace independence and build for themselves lives of their own. And he sure could make his family laugh. We all thought he was the coolest, and he will be so missed. The family will receive friends on Wednesday, September 5, from 6 until 8 p.m. at Webb Funeral Home. A Mass of Christian Burial will be celebrated in memory of Pat on Thursday, September 6, at 10 a.m., at St. Lucien Catholic Church in Spruce Pine, with Father Christopher Gober presiding. Interment will follow in the Spruce Pine Memorial Cemetery. Words of comfort may be e-mailed to the family by going to our website; www.webbfh.com., selecting Pat Medley’s name and then you may sign his guestbook. Webb Funeral Home of Spruce Pine is honored to be assisting the Medley family. Mr. Medley’s obituary has also been posted on Facebook for viewing.

The family of Pat Medley created this Life Tributes page to make it easy to share your memories.

Charles Patrick Medley, known as “Pat” to family and friends,...

Send flowers to the Medley family.