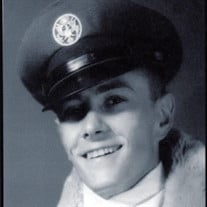 Richard P. Weeks, age 80, of Spruce Pine, NC passed away peacefully on September 19, 2020 after a long battle with Multiple Myeloma. He was surrounded by his loving family at his home in Matthews, NC. Richard was a retired Major in the U.S. Air Force after almost thirty years of service. Richard enlisted when he was just seventeen years old. He earned his Masters Degree in Accounting while serving and working his way up through the ranks to Major. One of Richard’s proudest accomplishments was being selected to be an escort for the Queen of England upon her arrival to Guam. He worked as Executive to several Generals and was a Wing Equal Opportunity Officer for the Air Force. Richard was an honest man and rule follower to a fold. He traveled all over the world while in the Air Force and settled in Spruce Pine, NC upon retirement with his wife, Micheline and son, Alan. Richard was a man who loved his wife, Micheline of fifty-four years. Total opposites in personality, they made the perfect team. Richard was very proud of his family and loved to tell stories about the past. He loved playing the guitar and singing with his brother, Tom and son, Mitch. He looked forward to visits from his kids in Texas and was happy to spend time with his brother, sisters and family in Spruce Pine. Richard loved fishing and would take his grandchildren fishing at the lake. He also loved taking the grandchildren to the gem mine in Spruce Pine. Never a day went by that Richard didn’t spend time with his family. Richard was always early…Never late. One of his memorable sayings was simple but factual, “Never be late”. He was very organized and confident in everything he did. Richard lived life to the fullest and was determined to beat his cancer. He received a successful Stem Cell Transplant that awarded his family two more years of life with him. He was a fighter and never complained during treatment. He never gave up the fight. However he was addressed; Major Richard Paxton Weeks, Brother Rich, Major Dad, Dad, Paw Paw, it was always with the respect due to a man who loved his country and his family. We salute you, Major Richard Paxton Weeks, you are our hero and will always have our endless love and admiration. Left to cherish his memories are his wife; Micheline Weeks of Spruce Pine; his children; Richard “Mitch” Weeks of Weatherford, TX; Marissa Hulsey and husband, Mike of Ruidosa, NM; Alan Weeks and wife, Alison Weeks of Matthews; his stepchildren; Danielle Morrison of El Paso, TX; Mike Morrison of Davenport, CA and Greg Morrison of Houston, TX; his grandchildren; Ricky Weeks, Kristie Weeks-Noaks, Morgan Weeks, Joshua Weeks, Miles Weeks and Kaylee Weeks; his brothers; and sisters; Tom Vance and wife, Reba of Spruce Pine; Dawn Blair and husband, Tom of Spruce Pine; Debbie Glover and husband, Alex of Spruce Pine and Robin Vance of Spruce Pine. He was preceded in death by a sister; Jan Weeks. A time to support the family, share memories, and receive friends will be on Thursday, September 24, 2020 from 1:00 pm until 2:00 pm in the Chapel of Webb Funeral Home. The funeral service will be on Thursday, September 24, 2020 at 2:00 pm in the Chapel of Webb Funeral Home. Entombment will follow in the Mausoleum at Spruce Pine Memorial Cemetery. Due to the current COVID-19 regulations, our staff is committed to taking care of our guests and families that we serve. Please understand we will be following the State’s COVID guidelines. We also ask all guests and family members attending the visitation and service to please bring and wear a mask. Words of comfort may be e-mailed to the family by going to our website; www.webbfh.com., selecting Richard Weeks name and then you may sign his guestbook. Webb Funeral Home has been entrusted with the arrangements for Mr. Weeks and is honored to be serving the Weeks family. Mr. Weeks obituary has also been posted on Facebook for viewing.

Richard P. Weeks, age 80, of Spruce Pine, NC passed away peacefully on September 19, 2020 after a long battle with Multiple Myeloma. He was surrounded by his loving family at his home in Matthews, NC. Richard was a retired Major in the U.S.... View Obituary & Service Information

The family of Richard Weeks created this Life Tributes page to make it easy to share your memories.

Send flowers to the Weeks family.