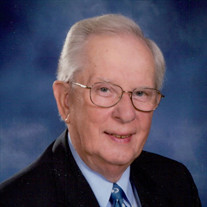 William Leland ‘Bill’ Hayes, age 81, of Chestnut Grove Road, died Tuesday, April 2, 2019 at the St. Joseph’s campus of Mission Hospitals in Asheville following a year-long battle with cancer. Born on June 10, 1937 in East Orange, NJ, he was the son of the late William L. Hayes, Sr. and the late Eva Jo Gillis Hayes. In addition to his parents, he was also preceded in death by his wife, Peggy Cliatt Hayes who passed away in 2013. Also preceding Bill in death was a sister, Helen Hayes Lewis. Bill was an amateur ham radio operator for sixty-six years and was proud of his call letters; W4ABM. He was a member of First Baptist Church of Spruce Pine, the American Radio Relay League and the Mayland Amateur Radio Club. He was also a member of the National Rifle Association. He enjoyed riding motorcycles, horses and model railroading. In his spare time he enjoyed target practice, hunting, and golf. He loved spending time with his family and attending family gatherings. He was a retired mechanical and electrical engineer and liked designing various projects. Over his career he was awarded several patents, most recently he designed and oversaw the construction of the Parkway Fire Department. Left to cherish his memories are his daughters; Gaylen Ehrlichman and husband, Dwight of Asheville and Susan Hedgpeth and husband, Roger of Lumberton; his son; David Hayes of Asheville; his grandchildren; Spencer and Jackson Hayes; Jennifer Sealey and Jessica Kaukola; and Katherine and Dustin Ehrlichman; his great grandchildren; Abby, Ryan, and Sadie; and a niece, Stephanie Noblitt Galvin. The family respectfully requests the honor of your presence at the funeral service for Bill Hayes on Friday, April 5, 2019 at 11:00 am at the First Baptist Church of Spruce Pine with the Dr. Rocky Branch officiating. A time to support the family, share memories and receive friends will be on Friday, April 5, 2019 from 10:00 am until 11:00 am at First Baptist Church of Spruce Pine. Graveside services and interment will be at 3:00 pm on Friday, April 5, 2019 in the Calvary Episcopal Church Cemetery in Fletcher, NC. In lieu of flowers the family requests that memorial donations be made to; Parkway Fire Department, 12966 NC 226, Spruce Pine, NC 28777. Words of comfort may be e-mailed to the family by going to our website; www.webbfh.com., selecting William ‘Bill’ Hayes name and then you may sign his guestbook. Webb Funeral Home of Spruce Pine is honored to be assisting the Hayes family. Mr. Hayes obituary has also been posted on Facebook for viewing. - - - - - - - - - - - - - - - - - - - - - - - - - - - - - - - - - - - - - - - - - - - - - - - - - - - - - - - - - - - - - - DONATIONS MAY BE MADE TO: Parkway Fire Department 12966 NC 226 Spruce Pine, NC 28777

The family of William Hayes Jr. created this Life Tributes page to make it easy to share your memories.

Send flowers to the Hayes family.